The M14 rifle was formally adopted on 1 May 1957, to replace the M1 Garand rifle as the “Standard A” infantry weapon of the U.S. Armed Forces. The M14 evolved from a long series of experimental and prototype weapons. The developments that led to the adoption of the M14 began in 1944 with the T20 series of M1 rifles. The T20 rifles were M1 Garands modified for both semiautomatic and full-automatic operation. The M14 was designed to replace the Browning Automatic Rifle, M1 rifle, M1 and M2 carbines, as well as the M3A1 submachine gun. The M14 rifle, along with the newly adopted M60 7.62mm general purpose machine gun, were expected to fulfill all the needs of the infantryman while using one common cartridge.

This book covers the following topics: 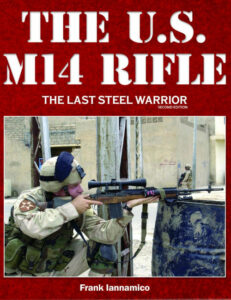